Here is a brief run down on what happens annually:

(For more detailed information about dates and times of whats happening in the Welcome Club nearer the event, please see the Entertainments page, the News posts or our Facebook page nearer the time).

Over 60’s and life members dinner with entertainment

AGM, (Annual General Meeting), normally held on the second Sunday in May. This is where the financial situation of the club is given and reports on what has happened over the last year plus any plans for the future.

Nominations and elections for the Committee

We have groups playing normally every Saturday and most Fridays plus special show nights.

For information see the ‘News’ on the Home page, The Welcome Club’s Facebook page or the posters in the lobby.

Because this is a member’s club, only paid up member’s, their long term partners & signed-in guests are allowed into the Members Lounge.

Thanks for your understanding.

Please do not smoke near doorways and always dispose of cigarette ends responsibly.

Have consideration for non smokers nearby.

Remember that smoking and vaping are only allowed in the patio area, not inside the Club

In the 19th century, working men were often locked out of their lodgings during the day and evening. To give the workers somewhere to go the first Working Mans Club was opened in Redish, Stockport, other clubs followed, some giving some form of education to these men. As  time went by most clubs became recreational social clubs

The original Welcome Club building opened as a cinema in 1913 but this was very short lived because it closed in 1918 leaving the building empty until the Welcome Club took over the premises in September 1919.

On 2nd January 1922, we became a member of the Club & Institute Union, the CIU, which allows members who hold a CIU card to enter other CIU affiliated clubs.

Unfortunately, in December 1977, the original building had a serious fire which occurred during the firemans strike and the Green Godess fire engine that attended could not cope. The Club premises had to be demolished and as soon as possible a temporary wooden building was put up in its place.

Affectionately known as the ‘hut’ or ‘shed’ this still has fond memories for some people because of its close friendly atmosphere where everybody knew everyone else. 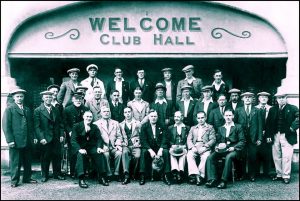 When Hulls Motors the Vauxhall dealership on the corner of Victoria Road closed, the building was demolished and the present club premises were built, opening in 1985.

Since then we have enclosed an area of the pavement to make an outdoor seating area and this is the only area in which smoking and vaping are allowed.

We have also built a new toilet block, attached to the hall.

Future History! We will be renovating the old toilet areas and the car park as soon as possible, (Covid 19 allowing….)

Do you have a good idea for the Club?

Write or email to the Committee and it will be considered

Over 60s revival club @ The Welcome from 1pm to 5pm every Thursday .

No over 60s club membership fee for this year, but you must be a current member of the Welcome Club.
We have music for listening and dancing also Cabarets, Quizzes and guest speakers, not forgetting Bingo and a Raffle.
Food and drinks are available to purchase at the bar.
Meet your friends or make some new ones
Anyone 60 or over are welcome to come along and see what we do.
George Duke

The Aims Of The Welcome Club 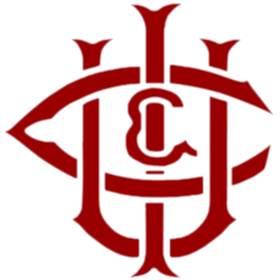